Blog - Latest News
You are here: Home / Solar Projects / All in one solar street light project in Ghana 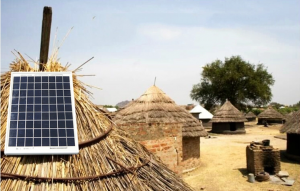