solar street lights as it’s one of the system where people use it the most. Here are 10 reasons why people prefer choosing solar led street lights. 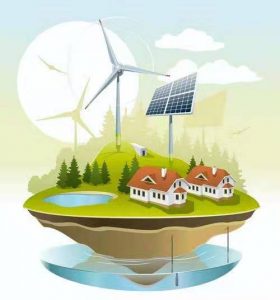 While there are many nations that’ve been pushing the use of solar energy for street lights, there are still some nations that haven’t followed the same pattern due to various reasons. Some have ignored its potential, some don’t have the funds for it, some are working on it and some just don’t get enough sunlight.

We should push more and more people to use solar power and more specifically solar integrated street lights as it’s one of the areas where people use it the most. It offers a wide range of benefits and today we have ten of them listed below.

Solar integrated street lights use renewable energy which means that there are no harmful byproducts. It does not have a negative impact on the environment and neither does it require investment that big power plants like hydro and geothermal needs. They always get replenished right away and never get depleted. This ensures that there’s never any absence of energy source except of course some cloudy days.

Solar energy is practically unlimited. The Sun is very massive and the amount of energy it has is just as much. The star was born millions of years ago and still stands strong with its light and heat energy. It is not going to die in millions of years to come so that makes it pretty much unlimited. It would be foolish not to tap into it and enjoy its benefits

While setting up solar panels the initial costs may seem overwhelming but after that the costs of operations is quite minimal. The off-grid nature of solar street lights the operational costs incurred is very low. Each have their own solar panels and a battery which if damaged doesn’t affect the rest of the lights in the same street. It only needs light regular servicing as it isn’t as complicated as traditional street lights. They have minimal complexities and hence do not need frequent repairs.

Almost all solar integrated street lights make use of sensors to toggle the lights on and off. Most of them nowadays have light sensors that trigger the lights depending on the amount of light available. When it gets dark, the lights turn on and when it starts getting brighter, the lights turn off. This is pretty smart and needs to be implemented everywhere. Some traditional street lights do have some automatic system but most of them are just timers. With our solar integrated street light, we assure you that you definitely will conserve a significant amount of energy.

These lights come as standalone units and are fitted into a single piece of technology. There are no wires that dangle outside and it’s just a single piece of hardware. Such absence of external wires makes it much more safer than conventional street lights. With zero dangling wires, solar street lights pose no threats of accidents like overheating, strangulation and electrocution.

Getting electricity from a grid will cost a lot of money specially considering that the street lamp will be lighting up throughout the night. Instead of doing that we can instead go solar street lights as they don’t have fees like power grid lines. Yes countries do charge tax for it but that’s way lesser than the fees for regular electricity line.

Solar street lights are super efficient and hardly get a breakdown. Furthermore, since they’re not connected to any central grid or plant, they light up the streets throughout the night irrespective of any power cuts or grid failures. They run on their own and even if they do breakdown, it doesn’t happen to the lights at once. And since they have their own independent units, one’s breakdown doesn’t really affect the other.

Solar integrated street lights have a very simple setup. They do not have complicated wiring system like on traditional street lights. Solar street lights come with minimal setup needs and has a very few steps to follow before the lights are up and running.

In many countries the government is giving lucrative offers to promote the use of solar panels. They have deals like interest free loans, heavy discounts, tax discount, rewards, exchange program, and so on. We should take this opportunity and tap into the market. We should make use of such offers and get solar integrated electronics before they get over and you get obliged to buy them without any deals.

Solar integrated street lights are also quite flexible. They come in handy for remote areas which is far off any power grid. Such places often have difficulties in accessing electricity, but these solar street lights just need the sun’s ray and nothing more. They can enjoy the features of street lights even without having any power grids nearby. 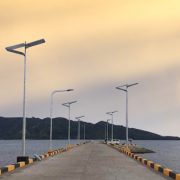 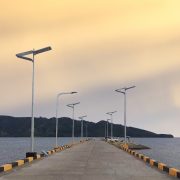 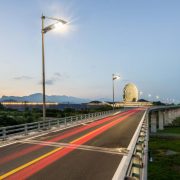 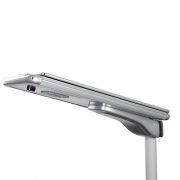 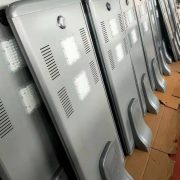